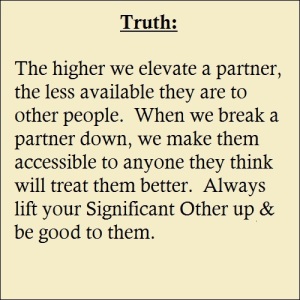 The above philosophy regarding elevating our partner has huge resonance during Jupiter in Libra; particularly while it makes repeated squares to Pluto in Capricorn (i.e. in the weeks surrounding Nov 24th 2016, Mar 30th 2017, & Aug 4th 2017).  To reiterate a key point about this energy, Jupiter in Libra is a time for (mutual) growth and happiness in a union, but ever since Jupiter turned retrograde back in early February 2017, it’s entirely possible that we’ve taken for granted this will happen automatically; with no effort on our part. That’s what can make Jupiter transits a letdown – we puff ourselves up with these overinflated hopes expecting that he will just drop a cosmic goodie bag in our laps.  Then when we perceive him as not delivering the goods, we become disappointed when really what we should have been doing all along was seeking opportunities from within to create the growth and happiness we hope for.

At the moment Jupiter in Libra is also sitting in a prolonged and uncomfortable inconjunct with illusory Neptune until late July (note this leads right up to the time frame of the final Aug 4th square between Jupiter & Pluto), and many may be attempting to tune out inconvenient Truths about their partner, the general state of their relationship, and regarding their own role pertaining to any disillusionment with either. There is an element of Divine Discontent conveyed by this awkward pairing that can make it difficult to put a finger on why we’re not exactly happy in a partnership.  It’s not abuse – that would be far too obvious. Neglect, however, is far more insidious, eroding away happiness until partners drift away from one another.  It seems innocuous at first so that we tolerate it; appearing “benign” enough that we don’t see the Truth of it in its entirety.  But even small leaks can turn into a cascading waterfall.  Perhaps we’ve forgotten to give our spouse a kiss before leaving for work – if it happens once, we might not think it a big deal. But sometimes this snowballs until all the love and affection has seeped out and we’re left sleeping in separate beds.

On occasion, we also might not realize that we don’t seem to have as much in common with one another as we did “once upon a time” – political and social views may have blurred our understanding of one another where we no longer see eye-to-eye and isolation trickles into the open space where there was once unity.  There is also the angle that couples don’t always grow together in a spiritual sense; an uncomfortable schism can indeed infiltrate a relationship, creating a wide gulf between orthodox “faith” and the more free-flowing “spirituality”.  Or maybe we simply can’t recall the last time a significant other paid us an honest compliment – whatever the case, these many different kinds of “trickles” can all have the potential to dissolve even a good union if there are enough of them.

If we value the relationship, however, we cannot continue to ignore such issues. Neptune’s current influence upon Jupiter in Libra can be one of estrangement, so unions become more vulnerable to this pervasive-yet-vague sense of general dissatisfaction that cannot quite be named.  If we’ve ever been “together” with someone and yet felt so alone, the current inconjunct between Jupiter in Libra and Neptune in Pisces can carry this same rippling sheen of sadness. Meditate on all of this now, and imagine what might happen if our Significant Other were to stumble upon a Price(ess) Charming who elevates them where we have neglected them.

Please Note: All literary content copyright ©EmpoweredDestiny.com 2014-2023 unless otherwise notated. The opinions and interpretational analysis contained within this website are the sole intellectual property of its owner/author. All rights reserved. Permission is required in order to copy, excerpt, emulate, or publish these works in print or digital format. If you are seeking reprint permissions, please visit the "Contact" page.