We have a simmering – or perhaps festering, depending on your view – astrological event on our hands as the biennial conjunction of Mars with Pluto in Capricorn occurs this week (exact Thursday, 4/26/18).  While this can be a “Darth Vader meets Office Space” kind of deal that requires careful energy management, more generally I will say at this time that it is particularly prudent to use the absolute minimum amount of (restrained) force required for any situation.  This is not a vibe where we want to wind up in an “overkill” scenario where we’re metaphorically bringing a gun to a fistfight, because this particular energetic combination tends to bring out repressed violence within the psyche.  It is therefore crucial to be nuclear conscious of how we choose to confront/engage situations or people this week to prevent any potentially (self?)destructive actions that would be irrevocable – think about this if tempted to take lethal aim at someone’s jugular, because the (astrological or other) triggers are there and it’s entirely possible to be baited into making a bad move that would be very hard to come back from. 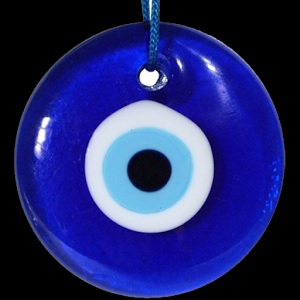 This is, however, excellent energy for conquering any hoary old demons within that seem to be resurgent now – especially via the therapeutic process.  With Mars exalted, there’s the ability to tame the animal nature and transmute it into mature, wise, and potent insight.  It’s difficult to do that, though, if we allow ourselves to be drawn off mission via the rising ire stoked by haters, trolls, leeches, and other generally crap human beings who prey off negativity.  Don’t engage them at their level, but play it out a few chess moves to realize it’s ultimately not productive to lower yourself to go into battle when it’s energy that would be better spent on leveling yourself up instead.  So the takeaway is: Manage all conflicts or irritants at an appropriate degree and realize that not everything is a Boss Battle – expend that energy powering yourself up rather than taking others down to save it for when it’s *really* warranted.  Reactivity ultimately tends to be disempowering at this juncture; control your demons rather than allowing *them* to control *you*!

Addendum: Do also be careful when using sharp objects this week – especially if handling anything rusty.  To me this energy has the feel of not only the potential for grave injury, but the possibility of picking up some kind of serious pathogen (like Tetanus) that could lead to an infection.  Care regarding things like needle sticks and the proper disposal of hypodermics can also prevent bloodborne pathogens from infiltrating.