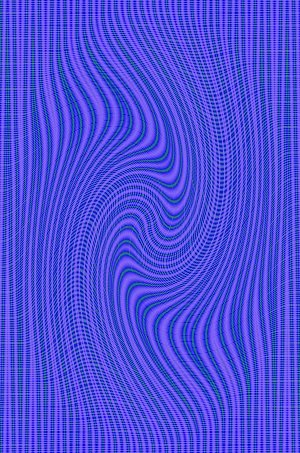 With the Neptune vibe super strong for the foreseeable future c/o its occupation of Pisces, we need to have a discussion about this planet’s idealism for a moment.  Planets in Pisces, the 12th House, or in aspect to Neptune tend to distort our view of reality; it’s just how this energy operates.  When this applies to the planet Venus it can affect how we see our partners or women in general – the same is true of the Moon, with a slightly different flavoring that it’s inclined to skew our views on maternal figures or the mother of our children (if we partner with women, that is).  Neptunian energy affecting either the Moon or Venus tends to broadly impact our relationship with women and this can mean we may ignore/miss some major red flags regarding females.  Now if it’s Mars or the Sun in Pisces, the 12th House, or in aspect to Neptune, men tend to get idealized instead – both are Masculine planets, and again there’s apt to be this distortion thing going on.

Neptunian energy affecting anything is prone to projecting worship onto false idols – I have this theory that may times we may do so due to early disappointment with a parent.  For example, they may have been absent, addicted, or ineffectual and we were so let down by this we cope by (consciously or unconsciously) fantasizing about a mythic “savior” or “saint” who never disappoints us in this way.  However, human beings have a very difficult time living up to this fantasy.  They’re often tragically flawed so when we fling these glamorous qualities onto the blank canvas of someone else serving as a stand-in, we risk repeating the cycle when the blinders finally do come off.  Unless we just keep them on and continue glossing over the fact that our suffering has led us to project illusory qualities onto a figment of our imagination.

Here’s the thing, though: Denial never makes it better.  When “The man behind the curtain” is finally revealed for what they are, we mustn’t excuse or enable. We have to learn to live with disappointment for what it is instead of perpetuating cycles of sickness.  And if we cover for someone, make excuses for them, and/or enable them, we’re not only victimizing ourselves without realizing it (because it gives them permission to do it again) but we also potentially risk victimizing others via our blind devotion.

There’s this unconscious defense mechanism that can be triggered as a result: Denial. Instead of allowing this insular bubble of fantasy to be burst, the individual views everyone criticizing the person on their pedestal as “lying”.  This is where the blind devotion comes in; you see it time and time again with sexual abuse in families, for example – “Oh he would never do that”.  Meanwhile, the person they’re defending has been arrested and arraigned on charges of soliciting a minor and there’s evidence for days; including emails, texts, and photos.  But when Neptunian energy holds sway, none of that matters.  An individual will just bury their head in the sand and insist the charges are fabricated rather than face the crushing disillusionment that their precious so-and-so is actually a very sick individual.

So here’s the TL;DR version: If you have the Moon or Venus affected by Neptunian energy, know your views of women aren’t likely to be very realistic.  If it’s the Sun or Mars, how you see male figures is prone to the same kind of distortion. Either way in these Saturn in Capricorn times, it’s time to straighten this out. Saturn’s power is equal to Neptune’s now, and this = a Reality Check; particularly when Saturn moves into a sextile with Neptune in 2019.  It’s time to pump the brakes and stop projecting fictitious qualities and “can do no wrong” innocence upon real life figures who are just as human and fallible as the rest of us.  We mustn’t genuflect to the cult of fame, either; rather look instead to those using their social status/position as a platform to make a real difference in the world via humanitarian causes – these are the ones who earn our respect in this Saturn in Capricorn era.