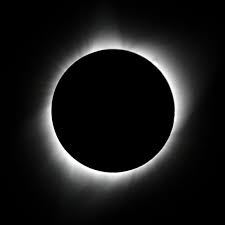 As of last night, we are officially in the midst of yet another eclipse season.  These semi-annual events can only happen at a New or Full Moon and usually occur in groups of two (or far more rarely, three) lunations six months apart – right now they are a summer/winter phenomenon but eventually they’ll shift over to a spring/fall pattern.  The current signs in which they occur are along the Cancer/Capricorn axis, but you certainly don’t have to *be* a Cancer or a Capricorn to be affected by them.  If you happen to have a key planet or point within a couple of degrees of where an eclipse falls, the wry old benediction “May you live in interesting times” would seem completely apt.  Eclipses can – and often do – upend our sense of “normal” when they touch a sensitive point or body in our personal astrological chart.  Not every eclipse will be a “hit”, but the ones that do land can have a profound “You sunk my battleship!” feel to them.

To determine a “hit”, first we need to find out what degree of the zodiac a given eclipse falls on.  Using last night’s solar eclipse for example, this one was at 04Cap07; or four degrees and seven arcminutes of Capricorn.  We would then consult our personal astrological chart to determine what planets or points of ours may be within one or two degrees of being affected.  Beyond this, we also must consider the overall weight the affected planet/point carries in our personal chart – a “hit” to one’s Sun, Moon, or Chart Ruler is far more worthy of our consideration than, say, contact made with an outer planet like Neptune that isn’t otherwise significant in our personal nativity. An eclipse falling on our Ascendant will have much more of an impact than one falling on our Venus/Mars midpoint.

The effects of an eclipse are often long-lasting and can be thought of as epochal – they tend to herald big shifts in life that may be felt for 6 months – 1 year or even beyond this as a “life-changing” event.  One may, for example, leave the parental nest and move out on their own – it’s the end of the safety of being under our parents’ wings but also our flight into true independence/adulthood.  Something or someone may pass from our lives during an eclipse – both myself and a dear friend lost our fathers 6 months apart during eclipses; hers being expected but still sad and yet serving as a relief of suffering, while mine was very abrupt.  Before you get all panicked after reading that, let me be clear that an eclipse does not = death.  Rather, what I mean to speak to in relating this story is how radically different life becomes for us when a parent passes away – in my case, it involved taking on the complicating responsibilities of managing the affairs of a deceased loved one and tying up all their worldly loose ends. The day a parent passes away is an indelible marker in life – everything is different from that point on.  And there’s a lot of processing things – both in terms of the physical (possessions, bills, house, money) and legal parts as well as the emotional end of dealing with our feelings surrounding that loss – that takes time to settle out; certainly at least months, if not an entire year or more.

So with all of this in mind, our next eclipse on January 10, 2020 happens at 20 degrees of Cancer, and it’s a big one due this eclipse being wired into the Saturn/Pluto conjunction happening just days later.  Look and see what you may have at the 18-22 degree mark of the Cardinal signs (that would be Aries, Cancer, Libra, and Capricorn) to see if it’s going to be a hit and to get a feel for how you might potentially be impacted.