….it is generally a good time to shut one’s mouth and practice a little self-censoring. Why? Well for one Mercury (our words, communication) is debilitated in Pisces. We may have a hard time being articulate and picking the right words, something may be lost in translation, we may not exercise enough discretion about what we’re saying, we may bend/distort facts and fib, lose our verbal filters and have poor conversational boundaries, we might say things in a roundabout way that lacks clarity and creates confusion, or we may just flat-out be misunderstood.

Now Saturn is The Enforcer. He insists that we mind our P’s & Q’s and, most importantly, be responsible – with his contact to Mercury, this demands accountability for the messages that we put out there, so caution should be used with what we’re saying. As Saturn currently resides in Sagittarius, this pertains especially to topics involving, religion, race, politics, worldviews, etc. So this is really not a time to be saying things that are socially irresponsible unless you want Saturn to come along and slap some sense into you.

Let’s start with Exhibit A, the recent Dolce & Gabbana flap. Here’s the recap of what happened in case you missed it: Fashion designers Dolce & Gabbana gave a recent interview for an Italian magazine in which the duo expressed their views on gay adoption. The statement reads as follows, “We oppose gay adoptions. The only family is the traditional one. No chemical offsprings and rented uterus: life has a natural flow, there are things that should not be changed.”

Now I don’t know if this opinion was volunteered or solicited, but either way you’ll recall from my newsletter that I mentioned one of the key themes of Saturn in Sadge is putting a stop to bias. Surely making sweeping generalizations about “chemical offsprings” and “rented uteruses” counts as a rather ignorant and prejudicial statement by itself? There are double Saturn penalties involved here because it’s a rather harsh political statement to boot, and Saturn in Sadge does not like soapboxing – you can be sure he’ll check dat ass if/when a line has been crossed! Apparently one was, because a call to #BoycottDolceGabbana has ensued, involving several high-profile celebrities.

Now what have we learned from this illustrative example? That it’s generally an ill-considered time to be running off at the mouth with political statements. Apparently, Starbucks did not get this memo either, because they are currently involved in a little social media flap of their own. Here’s the scoop on this one: Evidently someone high up on the corporate food chain at Starbucks decided *this* was going to be the moment to launch their #RaceTogether ad campaign. Cue epic fail. In this campaign, the company encourages its baristas to engage their customers about the topic of race relations. Which, if you’ve been paying any attention to American news at all, is kind of a loaded topic at the moment in the wake of things like the events in Ferguson, Missouri involving Michael Brown, the Eric Garner case…things like this. Ergo, it’s probably not the wisest of choices for a corporation to pick this topic as a conversational “jumping off point” for its baristas to engage with total strangers. This was then followed up by heavy social media criticisms of how Starbucks doesn’t hire enough people of color, doesn’t feature enough ethnic diversity in their ad campaigns, etc., and culminated in their VP of global communications terminating his Twitter account due all the flak he was getting from this. Um, so let me see if I have this straight: As a corporation, you are asking people to talk to you about race relations, and then when people actually do your response is to slam the door in their face? Yeah, not a good plan. 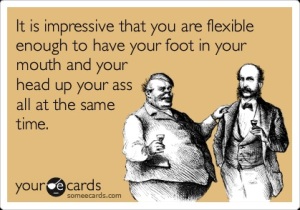 I think Joanna Rothkopf of Salon.com summed it up perfectly: “Half-assed efforts at creating the appearance of a corporate social conscience are suspect at best”. If this truly was just a misunderstood attempt by Starbucks and an earnestly compassionate effort to get dialog going in order to work on race relations, how about instead of taking ads out in the NY Times and USA Today about #RaceTogether, they walked their talk by supporting diversification in the workplace and hiring more people of color so this way any dialog about the topic could unfold more naturally instead of being artificially forced by corporate pressure? Or feature a broader array of ethnically diverse individuals in their advertising? All of these would be good starting points that would actually indicate some kind of social conscience rather than just paying it phony Mercury-in-Pisces lip service.

Now there is also a little taste of the approaching Saturn/Neptune square in all of this, because you may also recall from the aforementioned newsletter how I mentioned Saturn in Sadge naturally frowns upon hypocrisy – it’s very important that we be an example of whatever moral code-of-conduct we purport to believe in so that we don’t wind up fooling ourselves with Neptunian smoke-and-mirror delusions about how we’re practicing what we’re preaching when we really aren’t. As a very good “for instance”, see the Brian Williams post – here is a guy who’s job (well, theoretically anyway, LOL) is to report the truth. Meanwhile, he goes on record telling a baloney self-aggrandizing war story about himself that never happened and naturally gets into trouble for this. It’s never a good idea to pull the wool over our own eyes (or others’, for that matter) and bullshit ourselves with Saturn in the mix!

As I post, the square between Mercury in Pisces and Saturn in Sadge is waning.  However, Mercury will remain in the sign of its detriment for almost another two weeks and all conversations are best engaged with compassion and sensitivity.