Well, THIS is certainly going to be interesting with Mars more or less remaining in Scorpio through August due its impending April retrograde! Mars typically spends circa 2 months in a sign, but when it retrogrades (which is about every 2 years) its tour of duty in a given area of the zodiac is extended.

For reference, The Red Planet first entered Scorpio back in early January…perhaps you felt this energy shift; the relentless intensity driving things below the surface. Something is brewing, and although we may sense all the action being pushed to the back burner for the time being with Mars making ready to backtrack in fairly short order, we might think of it instead as simply pausing for just the right opportunity to strike. It’s all very “Crouching Tiger, Hidden Dragon” to me….So how do we know when to act – when to pull the trigger on something – when we have a pre-retrograde Mars lingering in Scorpio? It’s easy – you wait for The Sign.  The one that hits you in the face. Nobody loves an omen quite like Scorpio, so rest assured that when it is indeed “go time”, there will most definitely be a sign that only YOUR eyes can see!

There is an undercurrent of restlessness for the next few months with Mars traveling back and forth between Scorpio and Sagittarius – the Will may be aligned and the intention may be set regarding a given course of action, but the execution may be prematurely put on hold once this planet enters Sagittarius and then subsequently finds itself parked at its retrograde station before it has to throw it into reverse. While Mars is indeed powerful in Scorpio precisely because it has a sense that things truly are “do or die”, it exits this sign at reduced speed and then finds itself in proximity to Saturn as it grinds to a halt on April 17th, so it doesn’t get to leave the gate quite the way it should and we may have to hold our horses for the time being.

What might the esoteric reason for this be, though? I will tell you a little secret – when Mars is in Scorpio, desire trumps all but it is secretive; hidden from view. An all-consuming passion may percolate within, perhaps one that can even manifest “Seven Deadly Sins” style if left unchecked. Mars in Scorpio is compulsive; but this becomes exacerbated by the fact that when it leaves this sign and halts motion in Sagittarius, it will do so on Antares, the Heart of the Scorpion. 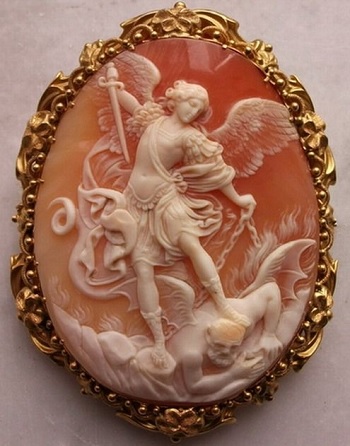 There exists the capacity for some kind of powerful, detrimental modus operandi underpinning our actions with Mars on this star…this is also a very rash “going where angels fear to tread” sort of energy, and for this reason I say we may be held back because there could well be some psychological confrontation that must be done; some kind of inner demon(s) to be illuminated and vanquished.

Mars is the Hero archetype – because it spends such a long time in Scorpio, this is prime time for taking that brave energy and applying it to our own psyche; to be pushing our skeletons out of the closet and confronting any of our own “shadow” behavior square in the face.

A surefire marker that we are indeed doing the Hi-Fi side of this energy is squirming uncomfortably from time to time during this undertaking. But this won’t stop us from emerging victorious and thus relishing a tremendous sense of personal empowerment when it’s all said and done. For this reason,  I think our specific “weapon of choice” during this time may well be the therapeutic process…it might be an ideal time to start (or re-start) counseling; perhaps even going so far as to proactively frontload in preparation some major life transition we sense ahead on the horizon. It could involve facing themes of loss/devastation/trauma; especially if there is anything preventing us from going into a “dark” place in our subconscious. It could also certainly entail combating some sort of vice or character defect that we may have previously recoiled from because we thought it too “ugly” to meet head-on. It’s also worth noting that with Scorpio energy, it is not uncommon to feel as if we might be gazing into some kind of Abyss that could threaten to swallow us whole; where we become afraid to turn on the flashlight on the chance that it may reveal something horrifying. But what if that menacing shadow isn’t quite what we think it is and it is only our wiliness to continue to allow this darkness to fester in secret that turns whatever it is into the Big Bad Boogeyman?  It is time to stop hiding under the covers; time to address anything that would leave us psychologically castrated and powerless….it is time to take our mojo back!