And the journalism debacle continues, folks…..! We’ve already spoken in a previous post about the effects of Saturn in Sagittarius on reporters as a whole and how Saturn is basically putting them on the stand and requiring that they tell the truth, the whole truth, and nothing but the truth. But just a few short weeks after Saturn halted movement and turned retrograde in a square to Neptune, guess what has popped up on the radar? Disgraced journalist Judith Miller recently had a book published – The Story: A Reporter’s Journey. For those not familiar with her work, Ms. Miller became a household name for her coverage of the Iraq War and came under fire very publicly for her role in reporting on supposed “Weapons of Mass Destruction” in Iraq that were never actually there. Uh, whoopsie!

It seems she might have been seeking redemption and to clear her good name – supposedly this book was going to “set the record straight”. But that didn’t quiiiiiite happen!

Critics have been….um, shall we say, vocal…in voicing their disgust with the book. Apparently it was received by readers as being heavy with excuses for her conduct/poor judgement as a reporter during the Iraq War. And when you’re a journalist who has already screwed up pretty bad to the point that your credibility has been shredded and your level of respectability within your chosen profession has virtually become nil, needless to say the very last thing you would want to do during Saturn in Sadge is put out a book that gives people the impression of anything less than a complete “mea culpa”. 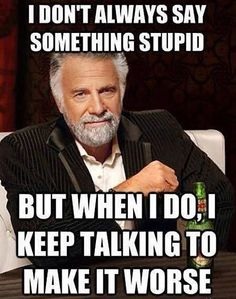 You don’t shift blame, you don’t offer up half-assed excuses for your conduct, you don’t go on the defense….you suck it up, say you were wrong, apologize, and then most importantly, you ask for the ability to EARN FORGIVENESS back! This is an important concept with Saturn making 3 exact squares to Neptune between now and late 2016 – when you do wrong and/or make a mistake, if you want people to trust you again it means you are actually going to have to earn (Saturn) that forgiveness (Neptune) and work at it. You don’t just get to wave a magic wand and think all will be forgiven, heavens no! You have to acknowledge that it will take time, and that you will have to make consistent and repeated efforts before people will find you trustworthy again.

But if you err on the Neptune side of the equation and make nebulous statements about how the whole thing was nobody’s fault, really, or how it was supposedly all just a big misunderstanding ….well, nobody’s really going to want to hear that! Saturn says,“Do not pass go, do not collect $200, go directly to JAIL!” OK…maybe not *literally* jail in all cases, but rest assured if you are a reporter the penalties for *not* “getting with the program” are inclined to be very stiff during the next 2 1/2 years. People are going to be hard on you, mostly because you deserve it if you’re caught lying or if you blab on in a book about your biggest career failure (which, by the way, was BECAUSE of a credibility issue) without actually accepting real and direct accountability for that transgression. As a Capricorn Sun (governed by Saturn), Miller really SHOULD know better!

But yes, people are rightfully going to be tough on those who fall on the wrong side of this energy. On that note, I must mention the reviews – this New York Times piece on Miller’s book by Terry McDermott is virtually saturated with the energy of Saturn/Neptune square – especially the last two lines of it. Then there’s one of the more interesting (and politically controversial) Amazon.com reviews, which with one line pretty much sums up the current state of journalism during these Saturn-in-Sadge-with-Neptune-in-Pisces times “…the media is no longer capable of finding the facts, much less reporting them honestly”.

As I’ve said, Brian Williams may have been the first reporter casualty to be felled by his own hand during Saturn in Sagittarius, but he definitely won’t be the last. We now have Judith Miller apparently digging herself a deeper hole with the release of this book and sacrificing herself upon the Saturn-Neptune altar.