LOL, if you change up the lyrics a bit, this song is actually totally apropos for Mercury square Pluto, which is exact as I post.

Pluto has been calling me quite a bit lately, actually – I’ve had many Platinum Plutonians emerging from the woodwork and getting in touch in recent months. Most recently, it was a Scorpio girlfriend from 20 years ago texting me from out of the clear blue sky. Now I am a Plutonian as well, and usually when contact between myself and another dies off, I tend to just leave it wherever it lies and am not prone to reconnecting with people once the line has gone silent for whatever reason. But she has always been an exception to this general rule and I have thought of her fondly over the years – we were separated when she moved halfway across the country and lost touch during the tumultuous upheaval that was my youth…somewhere during my many changes of residence, I had lost her contact info. We were mutually jazzed to reconnect with one another and spent some time chatting on the phone and catching up – she is actually living in (of all places!) Sin City – I can’t think of a more hilariously apt locale for Scorpio!

I’ve also re-established contact with a Moon-Pluto woman whom I’ve always seen as sort of a surrogate mother figure. Tragically, she lost her home in a fire earlier this year…she had no idea she was a Moon conjunct Pluto gal, and yet for some reason has been inexplicably (well, unless you know astrology, LOL) drawn to Phoenix symbols to adorn her home, which is in the process of being rebuilt from the ashes as we speak (better than ever)! Truly, the stories she has about this are freakishly cool – I will save them for another time as this makes a very interesting astro-post all on its own.

There have been at least a half dozen instances of Plutonians connecting or re-connecting with me since this Pluto transit of mine kicked in. I do love & appreciate the higher-flying versions of this breed and have said for eons there is always room for another at my table. I don’t voluntarily orbit in the company of the Lo-Fi variants, though, and have theorized it might be because I scare them off…a bright light in a room will tend to send all the cockroaches scuttling for cover, LOL!

I do love and appreciate good Plutonians, though….they are a rarer breed by nature because Pluto energy can so easily corrupt, but there is none better than a Hi-Fi Plutonian ally. It would seem life appears to be sending them my way in droves and when you’re right in the midst of a major Pluto transit, lemme tell ya, there is no one else you would want supporting you! It’s a bit of funny role reversal for me as I have spent decades of my life always being the go-to (Plutonian) person for others during times of crisis and loss; the proverbial Ferryman across the river Styx shepherding lost souls through major transition.  Now I am on the receiving end. 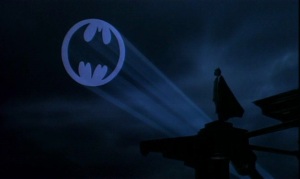 Perhaps since I spent so many years as an agent in his service, Pluto felt some small recompense was due and decided to bust out the Bat Signal on my behalf; psychically or subliminally communicating with his minions and giving them the impetus get in touch with me en masse. Regardless if this was the case or not, they have all proved to be invaluable resources for which I am very grateful. On a personal growth level, one other thing I can say is these contacts have all allowed me to strip away a protective shell of guardedness so people can communicate with and meet me at deeper, more authentic level, and I truly do treasure this. So if your BatPhone starts ringing off the hook, definitely don’t be afraid to pick it up and see if it’s Pluto calling….

Please Note: All literary content copyright ©EmpoweredDestiny.com 2014-2023 unless otherwise notated. The opinions and interpretational analysis contained within this website are the sole intellectual property of its owner/author. All rights reserved. Permission is required in order to copy, excerpt, emulate, or publish these works in print or digital format. If you are seeking reprint permissions, please visit the "Contact" page.