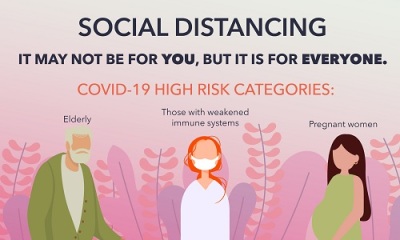 I’ve talked about many of the manifestations of Saturn in Aquarius in recent editions of my newsletter (see: March & April 2020 issues), but I’m really feeling a need to drive home one specific facet regarding the right use of its energy in light of recent events: Embracing the concept of social responsibility.  Saturn is the planetary symbol of responsibility; in community-minded Aquarius this is applied in a social context toward our “brothers” and “sisters” in the community-at-large.  Saturn rewards those who embrace his tenet of knowing where our personal accountability lies; both toward ourselves and others, and metes out punishment for any failure(s) to do so – he is hard, but he is fair.  His cosmic edict dictates that “As ye sow, so shall ye reap” – do the right thing always, even when it is hard, and it will eventually pay off. Do the wrong thing and you will get yours in due time; they don’t call Saturn the Lord of Karma for nothing!

What we’ve seen in recent months as the Covid-19 situation evolved here in The States is a distinct sect of the population protesting restrictions upon their individual liberties as states enacted necessary stay-at-home orders to help stop the burgeoning spread of this virus.  Note that states *had* to do this, as the federal government – aside from issuing some basic “guidelines” – has done absolutely nothing on a national level to protect public safety and prevent the spread of this particularly virulent contagion.  Our “fearless leader” has even actively advocated on Twitter for states with such stay-at-home orders be “liberate[d]” in the midst of a global pandemic that has surpassed (as of today’s date) 88K deaths in our country alone.   As a result of all this Uranian rabble-rousing, the Cult of Kefka his followers have risen up en masse at rallies around the nation to bemoan this impingement upon their individual liberties. The governor of Michigan –  Gretchen Whitmer – even received death threats over this; it’s sickening to watch rabid fanaticism  erode all logic and reason.

Here’s the thing, guys: This isn’t an individual liberty issue; it’s one of public safety.  And right along with personal responsibility, Saturn’s #1 concern is safety – apply this within the context of communal Aquarius, and it becomes our civic duty to protect our people. LOL, if you think sitting at home for 2 months is hard, buddy have I got news for you: What do you think is going to happen when – because of your bellyaching – these restrictions are lifted prematurely and we wind up playing whack-a-mole with this virus for years instead of mere months? If you think the economy is circling the drain now, just wait until our Pluto Return kicks into high gear two years from now; it’s the incredible shortsightedness in this regard that’s going to bankrupt (and literally kill, FYI) us.  And if you’re chafing under social restrictions now, wait until Saturn and Uranus square off all of next year; you haven’t seen anything yet!  And it will be all your fault these restictions need to be tougher, too – as I said, Saturn holds us all accountable one way or the other and if you refuse to grit your teeth and see the necessity of doing this voluntarily, you’re *really* not going to like the vibe next year! I fully expect to see much stricter lockdowns in 2021 as a direct result of all the jackassery going on now; all because we couldn’t collectively get with the program sooner.  Fall in line and do the right thing for each other now, or you’re pay dearly later; it’s your choice.  It’s going to be up to the rest of us to apply enough social (peer) pressure to ensure these wingnuts get compliant if we want to prevent this outcome from becoming a reality – time is ticking, though. The community needs to police itself and right now we are failing in this regard.

The shortsightedness of saying “But the economy!” in the short-term without understanding the longer-term crisis we potentially face in evading this greater social responsibility of truly being “Our Brothers’ Keeper” is IMO what will truly be the Fall of Rome here in the USA – we’re dealing with a violently contagious pandemic and people are out here whining like petulant teenagers about their freedom instead of taking this seriously and protecting each other.  Even if you don’t give a damn about the health and safety of yourself, it’s your responsibility to protect the health and safety of everybody else in these Saturn in Aquarius times. The entire elderly population of the US – that’s 16% of the population – could die prematurely due to Covid-19.  Don’t respect your elders and think that “old people are throwaways” anyway?  Then what about the 25 million asthmatics in this country (about 8% of the total population) that Covid-19 presents a disproportionate fatality risk toward?  Or the 10.5% of the country that is diabetic?  I’m not even getting into the number of Americans with underlying autoimmune issues or who are pregnant!  In a worst-case scenario, you would be killing greater than 34% of our people; that’s literally millions and millions of taxpayers – what’s going to prop up your precious economy then?

I strongly feel that one of the most important things we should all collectively keep in mind in the face of mounting economic pressures, pressures by our leaders to re-open for business, & general stir-craziness presented by the present social restrictions ushered in by Saturn in Aquarius is this: The idea that “Freedom without responsibility is license; not liberty” – it’s a concept that was introduced to me in youth via the late great Isabel Hickey’s “Astrology: A Cosmic Science”.  Now more than ever we must carefully weigh our needs for individual freedoms – the freedom to work, the freedom to assemble, or the freedom to be in public without a face mask on – against our social obligation to keep each other safe.  Freedom is one thing, but we all have a right to life and a right to our health; what good are liberties without such basic and essential guarantees as these?